Pamark Oy is a Finnish company that sells B2B tissue papers, cleaning chemicals and tools/machines, and several other product groups. Their customers are privately held and governmental companies. 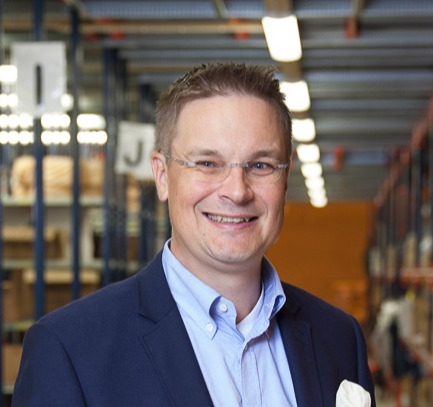 “And we were right – the candidates were less tense in their videos.”

Recruitment and job interviews have a lot in common with bargaining. You’ve got two different parties, two agendas and there is at least some sort of mutual interest in finding an agreement. Traditionally the job seeker’s role in this equation is the subordinate one, when the employer has the power to decide whether the job seeker will be hired for the open position or not. In today’s job market, this might no longer be the status quo.

When there is an on-going, ruthless competition of top talent, employer must think how one can stand out as early in the process as possible and build positive employer image – in order to attract the top talent. When Pamark was searching for a sales & marketing manager, they decided to stand out from the pack by making their video interview a memorable one.

”When we were recording the questions, at one point the interviewer didn’t realize the camera was still recording and started ranting about some difficulties he was having while recording. After playing it through, we decided to leave that part in the final video interview as well; we thought that the ”blooper” part might help the candidates to relax and feel comfortable in the interview. And we were right – the candidates were less tense in their videos” describes Pamark’s Managing Director Tapio Marttila.

”We did a little tour with the video camera around our office, so the candidates were able to get an impression of our company and their possible future office right away”

Creativity also played a role in Pamark’s previous video interview, when they were recruiting for customer service personnel.

”We did a little tour with the video camera around our office, so the candidates were able to get an impression of our company and their possible future office right away” Marttila explains.

Even though Pamark were able to make the interview situation less tense with their creativity, by using the right questions they were also able to evaluate the candidates’ expertise very effectively when recruiting for a sales & marketing manager.

”Obviously we already had their background information, so on the video we wanted to get a better impression of the candidate and evaluate his or her expertise. We presented questions with our chairman of the board, Jussi Nevas considering the candidates’ organizing and time management skills, goals (if he gets hired), and adaptability.”

”With video interviews, you can affect images and create impressions in various ways. We have been very happy with Recright video interview tool and will surely use it in future recruitments as well” ends Marttila.